Besides my passion for photography, another one is Radio. I am a radio amateur (a “ham”) and I have a radio license since the 80’s. My call sign is EA8AM and I have made some 40,000 contacts since then.

Radio will be there forever, in spite of today technology, when with a “smartphone” a person can communicate with others in any time (if there is a telephone line or “wifi” support). But Radio is different, because it makes us able to communicate with any location in the world, even with a satellite thousands miles above us, as I did with the MIR station in 1992, or with the Space Shuttle Columbia in 1993, when Internet was still not so popular.

Radio has also let me to contact with an airplane at 40,000 feet of height with my friend, the Air Commander Guille, also a “ham”, aboard an Airbus A330, when flying above the Atlantic, or even with a station in the Antarctica, or a little town in the deep Amazonic jungle. In summary, with any recondite place where may be a “ham”, an antenna and a transmitter. That is because, in spite of new technology, this hobby keeps alive and I enjoy speaking with my “ham” colleagues around the world.

My preference in amateur radio is the “DX”, that is, communicating with long distances. I currently have confirmed 342 “countries” or entities in the world, as well as the 50 states of the U.S.A., some 1,400 U.S. Counties and the 47 Japanese Prefectures.

For those who do not understand being a radio amateur, it is the ability a person has to transmit and receive informations in the most adverse circumstances. For that reason, Radio amateur is an efficient mean of communitation in emergency situations, where everyone of us are willing to asist with our equipments. Besides being a powerful means of communitation, Amateur Radio is also an experimention hobby and it promotes friendly relations among the radio amateurs around the world.

I hope that people who do not know the world of Amateur Radio will now have a positive concept about it and, maybe, some day they will dare to be part of this big family of the Hertzian waves. 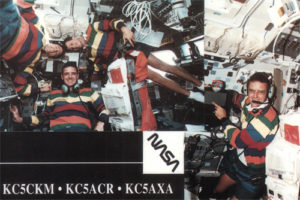 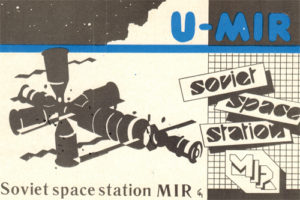 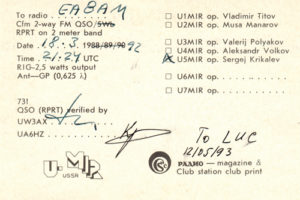 QSL card confirmation with the MIR Orbital Station where Sergej Krikalev stayed 310 days in space.
It happens that the cosmonaut Sergej Krikalev went up to space when his country was USSR (Union of Soviet Socialist Republics) and came down as his country Russia, since the USSR formally ceased to exist on December 25, 1991. 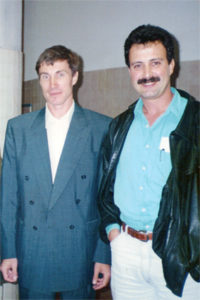 One modality I like on the radio is the DX, or long distance communication.
Here is an example of a communication with a station on the island of Rarotonga, South Cook Islands, located in the South Pacific. 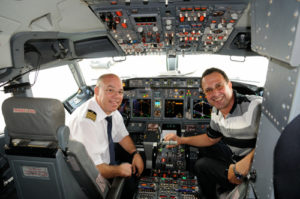 With my friend Guille commander of Airbus A330 also radio amateur (EA8AIR) where we usually communicate by radio when the crosses the Atlantic to 40,000 feet of height.